We have a pretty easy block for you this month. It’s nice to have one of these once in a while especially when there are four border strips to be appliqued. My suggestion would be to crank this one out and get to work on those borders. I know if I leave those till the very end my quilt gets stalled because stitching those borders feels like work! 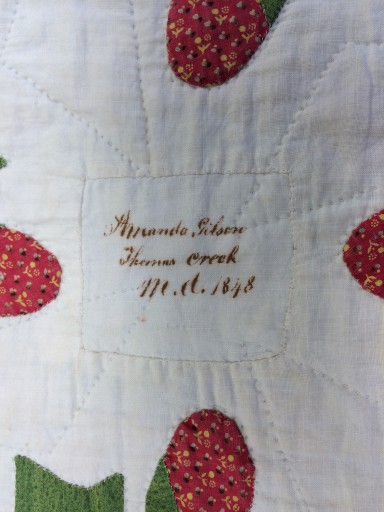 I enjoyed researching Amanda and found more information than I usually do when working on one of the blocks. Amanda was born on January 4, 1834 in Frederick County, MD to Richard Gilson and Martha Haff Biggs Gilson. It appears she lived there all her life and died on March 26, 1878. She is buried in Tom’s Creek Methodist Cemetery in Emmitsburg, Frederick County, MD 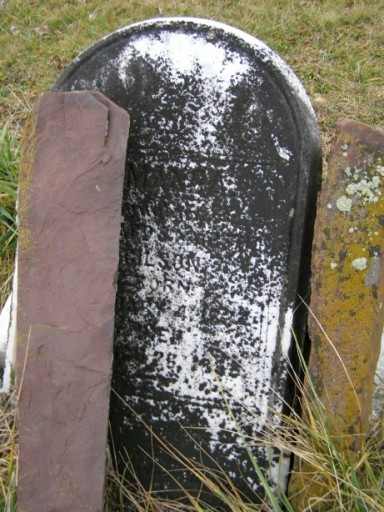 It was interesting to read that Amanda’s mother was married to William Biggs at age 16. She had two children with William but married Richard Gilson, a widower, in 1827 at age 27. They had 7 children together including Amanda who was their 4th child. You’d assume Amanda’s mother was a widow who married again but that doesn’t appear to be the case. Her first husband, William never married again and lived to the ripe old age of 82, passing away in 1876. A family story we’ll never know.
The 1850 census lists Amanda’s father (Richard Gilson) as a farmer. Her sister, Mary is also listed and is likely to have made Block 2. Both of their signatures have been reverse appliqued in the center of the blocks. The girls would have been ages 14 and 16 when the blocks were made.

Be sure to stop over to Dear Jane to see what Brenda has been up to and enjoy this month’s block.